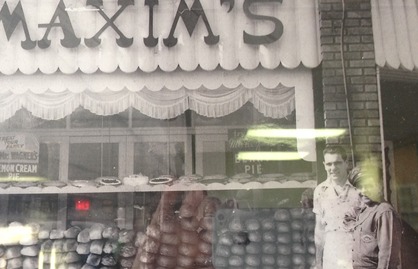 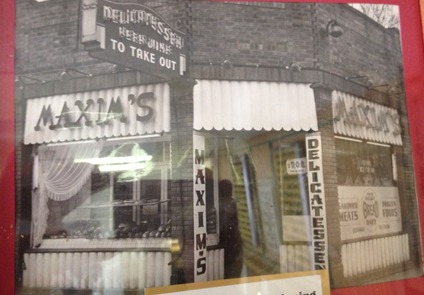 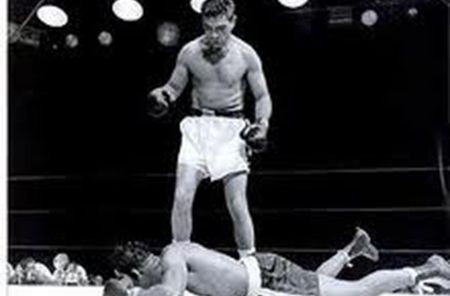 70 Years in the making

Maxims opened in 1949, on E. 185th St, in one of the busiest neighborhoods in Cleveland, OH.  Our story begins with Joey "Maxim" Berardinelli's rise through professional boxing. Capitalizing on  his success and reputation in the boxing world, Joey and his brother Emanuel "Manny" Berardinelli opened Maxim's Delicatessen in 1949 to service the neighborhood that showed their support throughout his career.  The following year, Joey became light heavyweight champion of the world after defeating Freddy Mills for the title.  He was one of the elite boxers of his time, even defending his title against the legend Sugar Ray Robinson at Yankee's Stadium.  With a household name and the authentic homemade Italian pizza, breads, and baked goods, Maxims Delicatesen became a success. Manny always believed in 3 things; QUALITY, AUTHENTICITY, and most importantly CUSTOMER SERVICE. Manny took pride in knowing all his customers and their families on a first name basis.

All of Manny's children have worked at the store, and still do to this day.  Manny's son Gene started working for his father when he was 13 years old.  When he finished school at 18, he made the decision to become full time and join his father in the business.  Manny's youngest daughter Loretta also took interest in working at Maxim's.  In between raising her  children, she worked part time and still does today.

In 2004 Maxim's moved to Mentor.   Gene and his wife Kathy took over the business during the relocation from 185th. Manny continued to work at the store, carrying on the same founding values, until his retirement in January 2014 at the age of 93. He still comes in on a weekly basis to help make our homemade Italian breads and pizza dough and to see old customers.  Gene's youngest daughter Angela proudly continued the family tradition by joining her parents in 2014.  This makes 3 generations of quality, authenticity, and customer service!